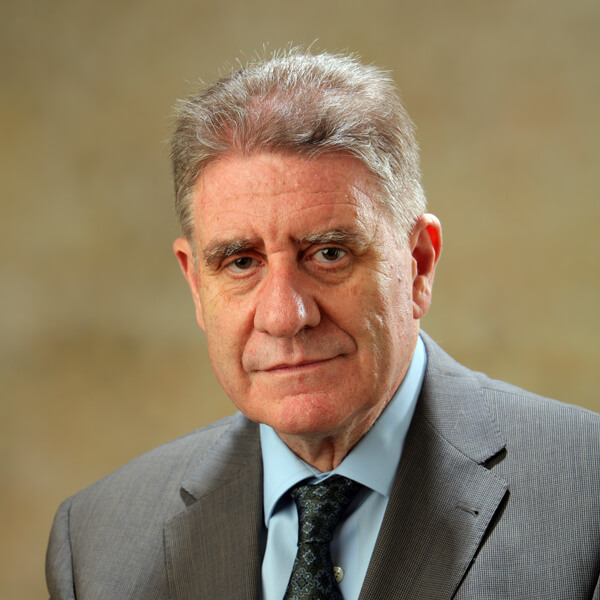 He has been involved in geotechnical research, consulting and education for more than 40 years. His research interests have notably included soft clays, unsaturated soils and the development of coupled multi-physics analysis where he has made seminal contributions. He has also made significant contributions in the areas of laboratory testing, field measurements and backanalysis, constitutive and numerical modelling, in situ characterization of soils, ground improvement, tailing dams, tunnelling and nuclear waste disposal.

He has consulted widely and has given geotechnical advice on a series of landmark projects, both at home and abroad. He was a member of the Experts Committee for the investigation of the failure of Nicoll Highway (Singapore) and he served as a court-appointed expert for the failure of the Aznalcóllar tailings dam in Spain. He served in the Technical Expert Panel for the review of the risks and control measures on tunnelling works for the Building and Construction Authority of Singapore and he has acted as independent geotechnical expert in a number of Arbitration cases involving high-profile projects in Europe, Asia and Australia. He has recently co-authored a report for the Federal Prosecutor’s Office on the catastrophic failure of Brumadinho tailings dam in Brazil.

He is the author or co-author of more than 400 scientific papers and he sits in the Editorial Board of seven International Journals. He has delivered more than 80 Keynote Lectures, General Reports and Specially Invited Lectures. In 1998 he delivered the British Geotechnical Society Touring Lecture, in 2000 the 8th Prague Geotechnical Lecture, in 2008 the Golders Associates Distinguished Lecture in Canada, in 2013 the Coulomb lecture in Paris and the Šuklje lecture in Slovenia and in 2014 the First Geoffrey Blight Lecture instituted by the ISSMGE Technical Committee on Unsaturated Soils. In 2007, he delivered the 47th Rankine Lecture with the title “Soil-environment interactions in Geotechnical Engineering”.

He has received numerous awards. He has been presented with the Case History Award by the American Rock Mechanics Association in 2006, the R.M. Quigley Award by the Canadian Geotechnical Society in 2009 and the Outstanding Contributions Award by the International Association for Computer Methods and Advances in Geomechanics (IACMAG) in 2011. Also, the UK Institution of Civil Engineers has awarded him the Telford Medal twice (in 1994 and 2007), the George Stephenson Medal also twice (in 2008 and 2012) and the Geotechnical Research Medal in 2014. In 2011, he became a Fellow of the UK Royal Academy of Engineering. In 2014, he was awarded a Doctorate Honoris Causa by the University of Grenoble in France and the Honour Medal of the Colegio de Ingenieros de Caminos (Institution of Civil Engineers) of Spain. In 2017, he received the Kevin Nash Gold Medal from the ISSMGE. In 2019 he was named Laureate Engineer by the Royal Academy of Engineering of Spain and awarded a Doctorate Honoris Causa by the Technical University of Civil Engineering of Bucharest. In 2022, he has delivered the Terzaghi Oration at the International Conference of SMGE in Sydney.

Two alternative simulation strategies are explored and discussed: continuum and discrete modelling. For continuum modelling, the Particle Finite Element Method (PFEM) is adopted. The PFEM is based on a Lagrangian description of the motion, the use of low order finite elements and the constant re-generation of the finite element mesh. The method has been extended to deal with coupled hydromechanical analyses as required by a proper simulation of geotechnical problems in terms of effective stresses. The successful application of the method is illustrated in a number of penetration problems including the indentation of a footing, the penetration of a cone into a soil and the operation of a tube sampler. Alternatively, discrete approaches are advantageous in cases where the dominant phenomena occur at particle level as, for instance, in the case of crushable sands. The suitability of the Discrete Element Method (DEM) to reproduce the cone penetration test in a crushable granular material is demonstrated.